You Can Never Tell

We are told that Rabbi Akiva, a great teacher from the Judaic tradition who died at the hands of the Romans, once rode into a village seeking shelter for himself and his donkey. But no one cared to give him hospitality, and so he had recourse to a nearby wood. He arranged a bed of leaves, lit his lamp and prepared to study, while his rooster cock (which served to awaken him for dawn prayers) and his donkey rested.

The night wind gathered force and extinguished his lamp, which proved impossible to rekindle. In the darkness a cat snatched the cock, and a lion devoured the donkey. Akiva believed that whatever happens is for the best, and in the morning returned to the village, hoping to purchase another beast and resume his travels. But he found the place deserted. It had been attacked by robbers in the night and its people had been carried off as slaves.

He then prayed in thankfulness. Had it not been for the extinction of the lamp, his presence in the wood would have been detected, or else it would have been betrayed by the crowing of the cock or the braying of the ass. Adversity and mishap seem to set the world against us, but often turn out to be blessings in disguise.

Similarly, we often judge people on whether we like or dislike their appearance. An elderly man shared a metro compartment with a teenager in punk garb, who stretched his legs across the aisle in an unsociable way. Silently scowling to himself in disapproval, the elder was taken by surprise when the teenager saw that another passenger had dropped a glove while exiting, and swiftly ran after her to reunite the glove with its owner. You never can tell what seeds of kindness and consideration are hidden in people—that is, until an occasion arises that calls for swift action.

Nor can we be sure of the integrity or selfishness underlying human motives. Sir Ernest Shackleton, through a shipping accident, was stranded in Antarctica for several months, together with his crew of men. Food was scarce and strictly rationed. When asked what his worst moment was, he recalled waking up in the middle of the night and spotting one of the men who shared his tent deftly removing the bag of a colleague. Thinking the worst, Shackleton’s judgement was overturned when he saw the apparent thief supplementing the bag with a little surplus food of his own, and then returning it to its owner—but wishing his gift to be anonymous.

In his Book of Divine Comfort, the fourteenth century spiritual teacher, Meister Eckhart, includes a section which brings together thirty practical means to foster the spirit of contentment. They are chiefly in the form of positive self-suggestions to look on the bright side—not as a mental trick but based on deep trust in the Divine Power. Many of these suggestions urge the sufferer to reflect, not on what they have lost, but on the good things that still remain. For example, if we lose, so to say, forty out of our hundred, it is better not to grieve for the forty, but to rejoice in the sixty that remain.

Such reflections remind us of the lines of Milton in his poem, Samson Agonistes:

All is best, though we oft doubt,
What th’ unsearchable dispose
Of highest wisdom brings about,
And ever best found in the close.
Oft he seems to hide his face,
But unexpectedly returns…

Rather than preach to others about the need for patience in adversity, what matters is our own calm response when we encounter the unpleasant. Each day there are incidents when our tolerance is tested. If we can respond calmly and cheerfully to life’s smaller niggles, we will gain the inner strength and depth to cope when larger issues overtake us.

For people of goodwill in quest of the higher wisdom, everything that happens can lead ultimately to a deeper understanding and self-knowledge. 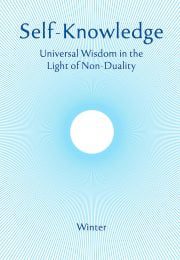