The Sufism of al-Junayd— Self Forgotten, Self Fulfilled

This article is about the Sufi mystic al-Junayd, more completely, Abu-al-Qāsim al-Junayd, or Junayd of Baghdad, who lived from about 830 to 910 of the common era, that is about 215 to 298 according to the Islamic calendar.

Al-Junayd is interesting for several reasons. Although he did not write voluminously, his teachings in person and his letters and discourses, influenced many pupils and he is frequently cited by later writers. A number of Sufi orders name al-Junayd as one in the chain of authorities that connect them back to the Prophet Muhammed and his closest companions, particularly Ali. He is also of interest because of where and when he lived, which was in Baghdad, in the ninth/third century. Baghdad was then the capital of the Abbasid Caliphate and, according to some estimates, the largest city in the world and centre of the ‘Islamic golden age’. At centres of learning in Baghdad, scholars from all parts of the empire made translations into Arabic from Greek, Persian and other sources. The subjects included medicine, mathematics, geography and cartography, as well as poetry and philosophy. In this way the intellectual life of the Muslim world came into contact with Hellenistic culture and philosophical thinking ‘in the Greek way’, particularly that of Plato and Aristotle.

All this inevitably affected the reflective and educated Sufis of the time. As Greek learning came to influence the intellectual and religious life of the Muslim community, and scholars increasingly applied Greek styles of rational enquiry, it was inevitably turned onto the great principle at the heart of Islam, the Oneness of God.

The absolute oneness of God, in Arabic Tawhid, is important in all religious traditions and is particularly central to Islam. It means there is only one God and that nothing else is like God or has the attributes of God, nothing else is divine in any sense, and nothing other than God should be afforded the worship that is due to God alone. Tawhid also means that God in God’s own nature is one, there is no division or separation in God, who is an uncompounded unity. Tawhid has been described as the single most important principle in Islam, the foundation on which everything rests.

The opposite of Tawhid is Shirk, which comes from a root meaning to share. To believe or say that anything other than God shares the divine attributes or is comparable to God in any way, is shirk. To assert that there is any division or separation in God is to deny that God is the one true God, so this too is shirk. In Islam shirk is considered the gravest of intellectual and moral errors.

The most obvious violation of Tawhid is the worship of idols. At the time of the extraordinary reforms accomplished by Muhammad, the difference between the old idolatry and the new monotheism was clear and there was little scope for disagreements about the essential meaning of Tawhid. Equally clear was the moral superiority of the new faith and the need to defend it. So in these early days there was limited reason, or time, to think about the intellectual implications of the principle of Tawhid.

Later however there was occasion to reflect on Tawhid, and in the philosophical and theological debates that arose it proved less simple to define what exactly Tawhid means, and what constitutes a denial of it. For example, one might reason that if God is the source and creator of the world and there was nothing before he created it, then he must have created it from himself. And if there is no division or separation in God then the act of bringing the world into being cannot have caused some part of God to become something else. This tends towards the pantheistic view that ultimately there is nothing but God, everything is God, including oneself. On the other hand, the world is manifestly made up of myriad different things with different qualities, so is this not a gross denial of the principle that God is one?

Thus when one begins to philosophise it is found that the principle of Tawhid may lead to radically different conclusions. Where there was something clear and simple, much subtlety and potential controversy arises. This has led some to conclude that excessive intellectualism is mischievous and to be avoided because it confounds the clarity of the original teachings.

Sufism, by nature, places less emphasis on rational formulations that can be publicly shared and more on personal experience. And the Sufi way seeks to overcome the gap between the devotee and the Beloved. This has led some to the view that Sufism has a dangerous tendency to compromise the clarity of Tawhid and spawn harmful innovations. Already during the course of the ninth century in Baghdad, later caliphs withdrew support for the centres of learning on the grounds that it was debasing rather than strengthening the Muslim community, and there were some moves against the Sufis who were accused of heresy and atheism.

Junayd was a respected figure among the Sufis who lived and taught and strove to set an example, through all this. In his teaching we see less emphasis on asceticism for its own sake than in the teachings of earlier Sufis, although he led a very ordered life. He seems to have been prosperous, and was known for his generosity. And he found a way of pursuing the deepest enquiries into the spiritual mysteries, while living in a community that looked sternly on any religious ideas that could confuse the people.

This article is from the Autumn 2018 issue of Self-Knowledge Journal. 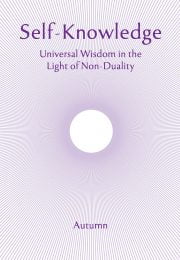