The Origin of the Cosmos According to Vedanta

It is held by the sages of the Vedanta that the cosmos, both in its subtle and its gross phenomenal aspect, is an appearance only; that when analysed to its root, it has no substance but is made perceivable and conceivable by an ever-present power—divine in origin—the power of Maya. The words ‘divine in origin’ here imply that this power emanates, so to say, direct from the primal source, or Supreme Reality, in the same sense that the power of attraction emanates from the magnet. One could say that the power of maya brings about an apparent finitisation of the Infinite, causing that which is without qualities to appear as if endowed with qualities and powers. In order to define (though not to explain), the nature of this maya, the sages have used the word ‘unreal’. In Sanskrit, this word has a subtly different implication to the word ‘unreal’ in English, where it stands for something completely illusory, something which is in fact not there at all. In the Vedanta, the word means that the visible, tangible and apprehensible manifestation of the cosmos, which is appreciable through man’s mind and senses—both mayic objects in themselves, be it noted, and therefore attuned to it—that this manifestation is but passing and, like a mirage, possesses a semblance of reality only. This semblance of reality or existence, which is a characteristic of maya, is imparted to it as the result of its proximity to the divine Consciousness, which is omnipresent, and therefore interpenetrates it.

Scientists tell us that the Universe is now held to be a manifestation of the transformations of electro-magnetic energy; but the old sages went further and claimed that this energy is the divine all-pervading Spirit, present in partial manifestation in maya, and that it forms the background and support for the appearance of matter, and all empirical life. Those laws called ‘natural laws’—that is the laws of time, space, cause and effect, and the lesser laws of attraction and repulsion and soon, are laws inherent in maya itself, and the punctual operation of these laws, tends to create a belief in their reality, in the enquiring mind, and therefore a belief in the reality of maya as well. The presence of law and order in multiplicity is a case in point.

Pure Spirit, which is held to lie, in the form of energy, at the root of this mayic manifestation, and to impregnate it in the form of quality, is omnipresent, but it reveals itself in phenomena in varying degrees. It is held that this may be inferred from the revealed presence of one or all of three attributes, which are looked upon as attributes of Spirit or Atman, when Atman is in conjunction with the power of maya itself and only then—for in its pure state Atman or Spirit is attributeless. These universal attributes or qualities are known as Consciousness, Existence and Bliss, and they manifest in conjunction and in varying degrees in every grade of phenomena. For instance, the presence of Spirit in so-called inanimate objects is demonstrated by the attribute of Existence, or Sat, and also, as is now being discovered, by a partial manifestation of Consciousness, Chit, as well. In man, the presence of Spirit manifests as Existence and Consciousness and a partial revelation of Bliss, or Ananda, as well, and it is his growing recognition of the presence of Bliss within him which impels man to create a rhythm and a harmony within his nature, so that it may be fully revealed. The desire to know this Bliss directly, forms the root of his instinct to transcend himself and break from maya into Reality. His foreknowledge of it, gained through its faint echoes, heard in worldly love, worldly joys and even worldly pleasures, is the magnet which draws him towards spiritual enquiry.

Extract from Chapter:
The Divinity of Man 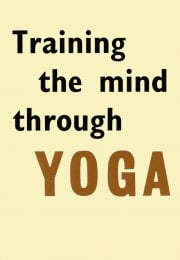